October is the “scariest” month of the year and in honor of Halloween, we’ve been listing some of the best movies, books and costumes to give you a fright. If you’re more of the sedentary type – and trips to the pumpkin patch aren’t really your thing – spending hours playing video games might seem like the perfect way to spend a Saturday afternoon. We’ve compiled a list of the 10 scariest video games around (and found them super cheap on BIGWORDS) to get you into the Halloween spirit.

We wrote about this one last week and – good news! – it’s available on BIGWORDS for less than you’d pay in a store.

Zombies, zombies and more zombies. Although playing season one is recommended before picking up this game, it’s not mandatory, so jump right in!

Examine murder scenes and hunt down the serial killer Match Maker, who has no intention of ending his killing spree any time soon.

This survival game puts you in the boots of an unarmed cop who has to use his environment to survive.

The zombie apocalypse is nigh and once the sun goes down, you’re fighting for your life to see another day.

IGN calls this installment a “divisive entry in the Silent Hill series,” but this survival game takes a place where most people feel safe and turns it into a room of horrors.

You’re an amnesiac who has to explore an underwater city while creepy inhabitants stalk you. Terror ensues.

Gamers could spend all day debating which game in the Resident Evil series is the best/scariest, but a Playstation Greatest Hits list tells us Resident Evil 4 is a crowd favorite.

There’s (another) zombie apocalypse and the ghouls just keep coming at you.

You’re a futuristic engineer on a spaceship who has to battle aliens that constantly attack you. Now, go! 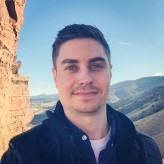